The Pallavicinos of Genoa, branch of the marquis lineage of Longobard origin who ruled the Marca Obertenga during the Holy Roman Empire, are one of the oldest and most illustrious families of the Genoese patriciate, distinguished over the centuries by men of government, cardinals, diplomats , men of arms and patrons. Many and important in Genoa are the palaces and churches attributable to the patronage of the family and its various branches flourishing in the city. The family genealogies recognize the progenitor of this family line as Nicolò, who settled in Genoa in the mid-12th century. The family thus belonged to the Order of nobles of the Municipality of Genoa since the Middle Ages, holding public offices by hereditary right according to the modalities of a civic nobility in the government of an important city that had extended its dominion over the whole of Liguria, the island of Corsica and on numerous colonies in the Mediterranean and in the Black Sea. From 1339, the year in which Simone Boccanegra took power and was proclaimed the first doge for life of Genoa and its Dominion, the emerging faction of the populares acquired a predominant public role, occupying most of the government posts and reserving only to their own representatives the customs duty. However, the descendants of the ancient nobles soon had the recognition of the right to a part of the public offices, a right always confirmed by the successive constitutional reforms and by the foreign governments which sometimes took office taking advantage of the bitter wars between the local factions. For this reason, the Pallavicinos were numerous who sat on the Council of Elders who supported the Doge or the Governor and in the main city magistrates, were part of embassies sent to foreign sovereigns and popes and were placed in the government of Corsica and the colonies of the eastern Mediterranean and the Black Sea.
The use of noble Genoese families to consortium in hotels is known, family aggregations of a private nature but recognized by the laws, similar to the Nordic clan, whose members were united by common political and economic interests, owned common goods, all lived in the same contrada, protected by towers, established incomes to endow the wives of the family, subsidize the studies of their children and help clan members who had found themselves in economic difficulties and through cohesion they aimed to count more on the public scene and in the main commercial bases . During the 15th century, in a Genoa troubled by increasingly bitter factional strife, the family merged with other noble and ancient Genoese families at the Gentile hotel, but with the appointment as cardinal in 1489 of Antoniotto Pallavicino (Genoa, 1441 -Rome 10 September 1507), resumed its autonomy. The acquisition of the patronage of the Hospital of Sant’Antonio di Prè in Genoa dates back to the same period, which a branch of the Pallavicinos would have retained until the eighteenth century, while the family had long since acquired the patronage of the ancient Genoese church of San Pancrazio together with the noble families of Calvi, Ricci and Falamonica. The four families were united not only by belonging to the oldest nobility, but also by the proximity of their respective homes, all located in the area surrounding the church of San Pancrazio. It is no coincidence that the Falamonica and Ricci families had also become part of the Gentile hotel. In 1593 the church was elevated to the seat of a noble parish – a typically Genoese ecclesiastical institution characterized by a family rather than a territorial jurisdiction, a devotional and social emblem of the main patrician families of the city – only for the Pallavicino and Calvi, since the Falamonica had died out and the Ricci or Gentile Ricci had moved to the city of Savona for several generations. The church of San Pancrazio, currently the seat of the Ligurian Delegation of the Sovereign Military Order of Malta, still remains today the noble parish of the Pallavicinos, who adorned it with works of art of great value. 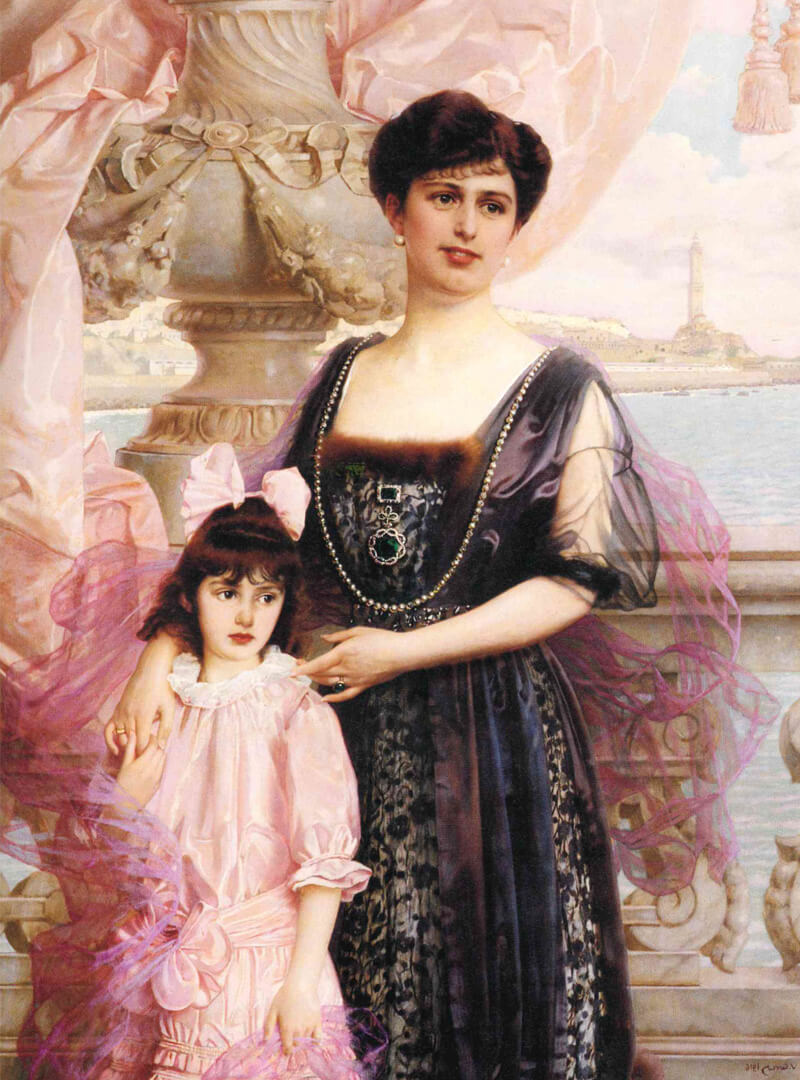 With the constitutional reform carried out by Andrea Doria in 1528 which gave life to the aristocratic Republic of Genoa, the Pallavicinos were placed in charge of one of the twenty-eight hotels (groupings of families inspired by medieval ones but in this case decided by the government) in which the Genoese patriciate members ascribed to the Liber Civilitatis (later called Liber Nobilitatis) were divided up, the only ones having the right to hold government offices up to that of Doge.

With the last legislative reform of the Republic of Genoa issued in 1576, the Leges Novae, and the consequent abolition of “artificial” hotels in 1528, the Pallavicino family maintained a leading position among the main families of the Genoese patriciate and its members were constantly represented in the Senate of the Republic, the highest governing body, and three of them wore the dogal mantle: Agostino (1637-1639), Gian Carlo (1785-1787) and Alerame Maria (1789-1791).

The Pallavicino family also acquired fame for illustrious ecclesiastical figures, including Cipriano archbishop of Genoa (1567-1586) and, in addition to the already mentioned Antoniotto, four cardinals: Giovanni Battista (1517-1524), Opizzo (1686-1700 ), Lazarus (1669-1680) and Lazarus Opizzo (1766-1785). Like other great patriciate families, the Pallavicinos also acquired fiefdoms in the Habsburg domains and in the Marquisate of Monferrato and some representatives of the family took up residence in foreign locations giving rise to descendants who, although far from their homeland, never forgot their identity as patricians Genoese. A branch of the Pallavicinos, thanks to the affirmation of Cardinal Lazzaro, settled in Rome, where the cardinal’s brother, Stefano, acquired the title of prince of Gallicano and his nephew Nicolò Saverio was Carlo that of prince of Civitella. Another branch was established in the mid-eighteenth century in Bologna by the illustrious Gian Luca, marshal of Maria Theresa of Austria and governor of Milan, while in the second half of the same century Gian Carlo, general in the service of the emperor Joseph II of Austria , settled in Hungary, giving rise to the still flourishing line of the Margraves Pallavicino/Pallavicini, Genoese patricians. After the fall of the Republic of Genoa, after the period between 1797 and 1815 which saw profound institutional changes take place in the Ligurian territory, with the definitive annexation to the Kingdom of Sardinia, the Pallavicinos maintained great social visibility, holding public offices and dignity at the Royal Court of the Casa Savoy, but also that congenital resourcefulness that saw them participate in the economic ferment that led Genoa to play a primary role in the new Italy. Nor did the passage to the republican regime, after the dramatic events of the Second World War, in a society that had profoundly changed, cause the presence of the family to disappear in the social and cultural life of the city.